Recently Kris, our Principal Designer here at Payload Studios, gave a talk on Community Driven Development at one of our events. Here is what he had to say:

We’ve been making TerraTech with a process that we call ‘Community Driven Developmentʼ which has enabled us to grow our community around our game and we use what we learn from our community to inform our on-going development of it.

What is Community Driven Development?

In a nutshell, Community Driven Development is an on-going exercise in building strong relationships with genuine, dedicated players of your game, who become the driving force behind the development process. Done well, it becomes a symbiotic relationship; you use their feedback and suggestions to help steer and prioritise your work, and they get to see their input make the game better. It’s also a great way to avoid the risk of making something that players ultimately don’t like.

How do you do it?

This one seems obvious, but you canʼt build a community around your new game if people canʼt play it. Maybe an exception is a new entry in a known franchise, but for this example, weʼll focus on the situation we started with, an unknown new game. Donʼt be precious about it. Show the game as soon as you can. You have to give players something to play in order to get them involved.

Talk to your players

Use Forums, Steam Reviews, Twitch, Discord, Reddit, whatever platform works for you, but be active on there and try to have real conversations. Donʼt hide behind a polished corporate-feeling front. Engage with your players. It’s essential that the community is listened to and that their input makes a difference.

Use feedback to inform your work

Value your playerʼs opinions when informing design choices, feature prioritisation and the direction of the game. 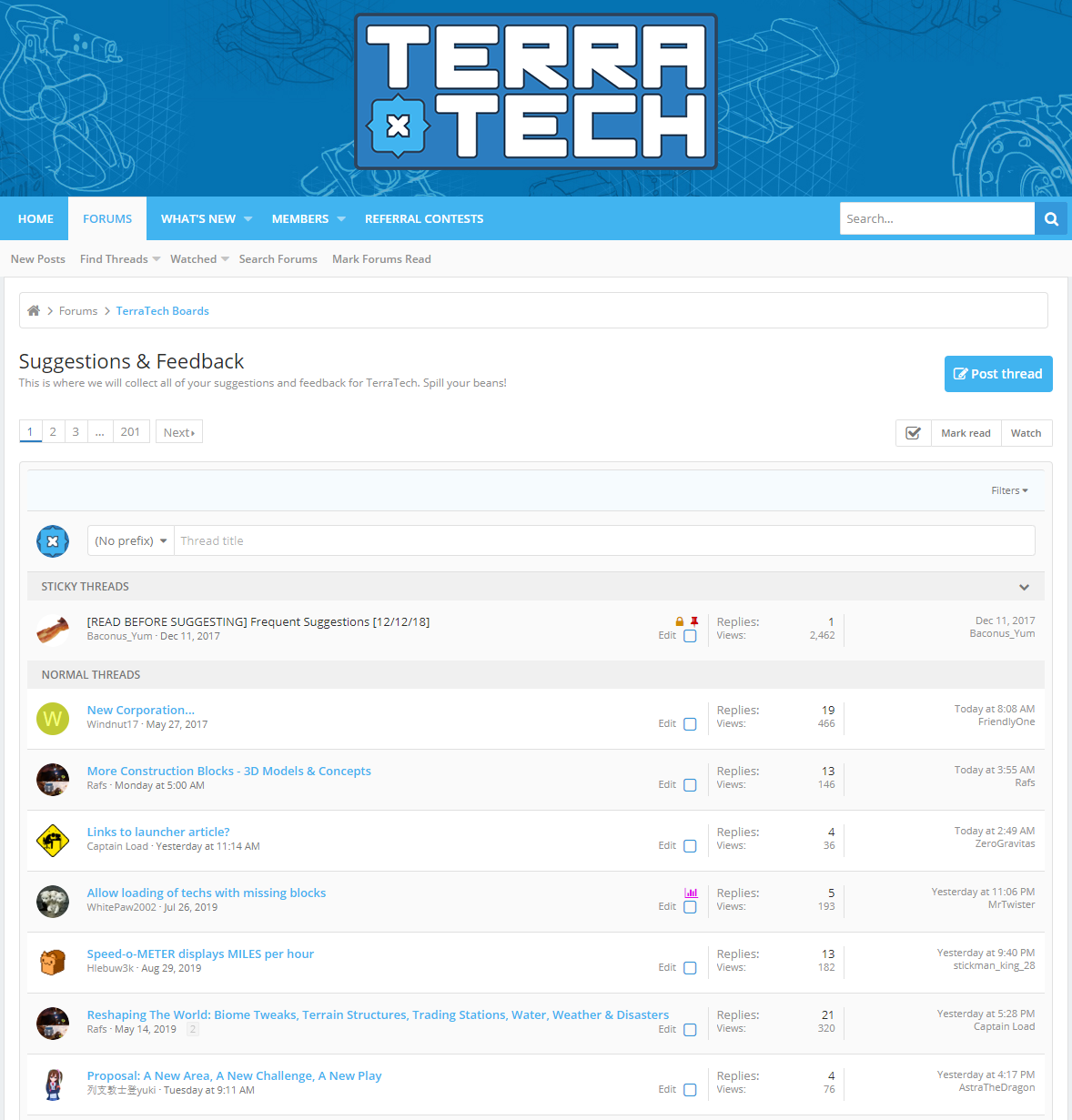 Get your game out there… Fast

We put a very early demo of TerraTech on IndieDB (we would now use itch.io as it’s more commonly used) as soon as we could, we took our demo to the Leftfield Collection at EGX, we put out a Steam demo as soon as possible and got the game into Early Access shortly after. Again, donʼt be precious about your game. Fail fast. Put it out there as early as possible, gauge feedback and make your game better.

Update your game as regularly as possible

We put out an update of TerraTech a minimum of every four weeks and we’ve maintained that cadence for roughly three of the five years that we’ve been making it, so far. If youʼre on Steam, make an opt-in unstable beta branch. We put out unstable updates of our game every two weeks and do a stable update every six weeks. Roughly 5% of our players use our unstable branch to play with brand new content early and give us feedback. A high tempo of updates helps to keep our community engaged and shows them that the game is always being actively worked on and issues are getting fixed fast.

Live streaming is a great way to promote your game and its on-going progress. We’ve live-streamed TerraTech from day one. Set a regular schedule to live stream and stick to it. Have something worth talking about/engaging with on stream. Read the chat and answer questions. You donʼt have to stream for a long time, we just stream for an hour. If youʼre not sure about presenting a stream you could try pre-recording YouTube videos or stream off-camera live development? Upload the archive to YouTube afterwards so that players in different time zones donʼt miss out.

Promote positive and mature members of the community to moderators. They prove invaluable in the long term – so itʼs vital to make them feel welcome and are a part of the development process. They will help to ensure your community is a fun and safe place to be. As well as the Community Manager, all team members should be encouraged to engage in healthy debate with players. When the players have frequent positive contact with the devs, it inspires a lot of loyalty and forgiveness for bumps in the road.

Respond to your reviews

Respond to your reviews, try to convert the negative ones into positive. Every user review is useful, even angry ones are useful for feedback. Our goal is to convert as many bad reviews as possible. Be friendly and polite, even when they are flaming you in the review. Most players donʼt even realise that we look at them, they might scream and shout in the review, then we pop up and politely say ‘hiʼ and tell them our plans for addressing their grievance and they normally reply with apologies and gratitude for the attention. Most reviewers think that they are shouting into the void, not communicating directly with developers.

Integrate the feedback into your process

Let player feedback help inform what you choose to work on next. Obviously, donʼt let the tail wag the dog, you still take all factors into consideration and decide what your priorities are. When your team is engaging with your community, youʼll find that playerʼs feedback naturally bleeds into your decision-making process anyway.

What do you get?

It seems obvious, but if you spend time tending to it and nurturing it, it will grow.

You know what they want, you know which features they like and dislike, youʼre not flying blind. Development priorities can be informed by player feedback – and that’s a great thing. Just remember that the players engaged enough to communicate with you are self-selecting (on either the positive or negative end of the range). They are a vocal minority and you must view them through that lens when deciding what to act upon. 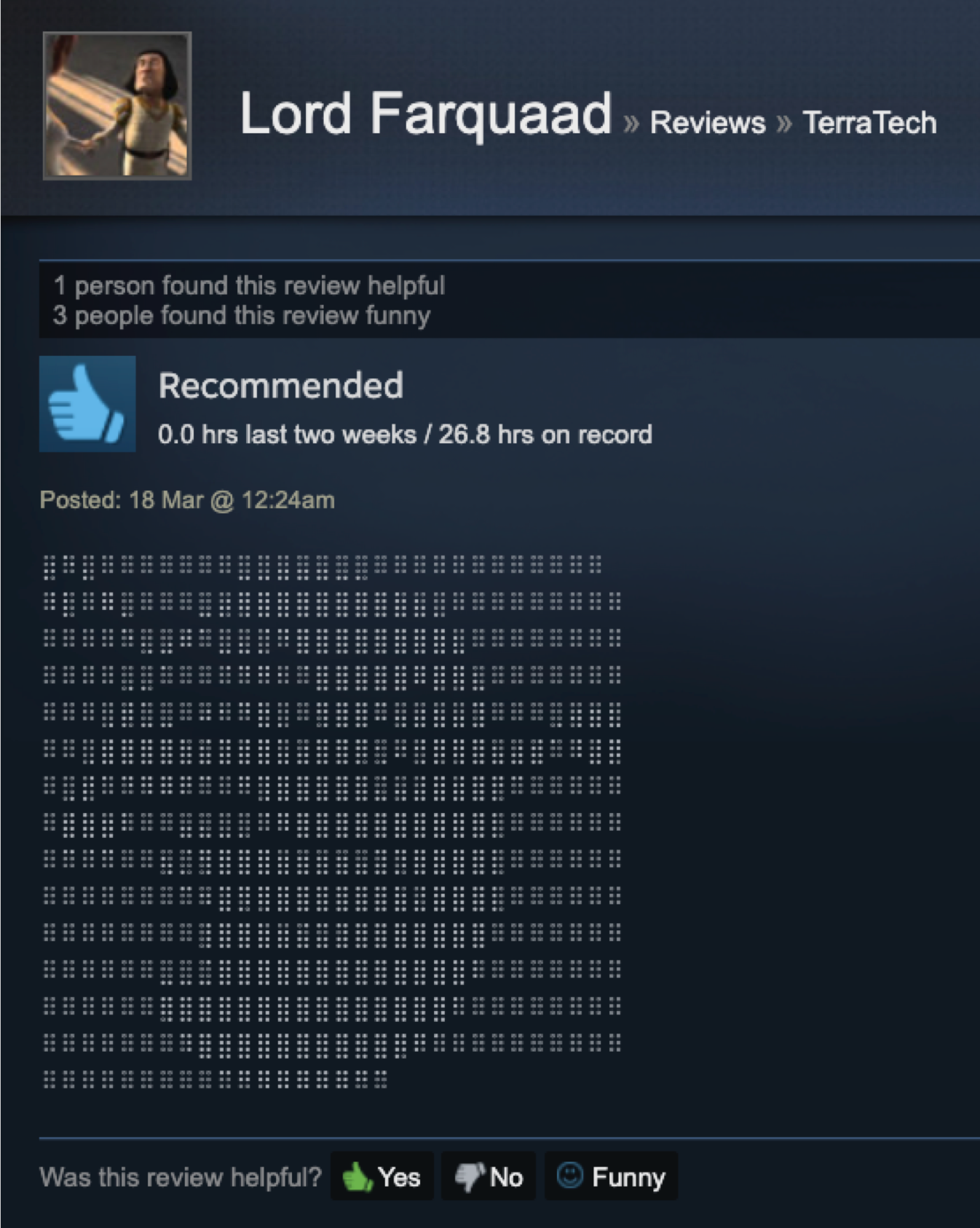 Your review score goes up

A converted review swings the review score heavily the other way and higher review scores mean more visibility through the recommendation engine on Steam. It means players view trying your game as less of a risk.

On top of the bug reports and quality assurance carried out by our own QA team we have the benefit of having a group of dedicated players who see and play the game differently that can find the most obscure bugs. We’ve also had players who understand the true context of the text within the game offering to help translate it into 18 different languages, something we wouldn’t have been able to do ourselves.

Your players will appreciate it

A managed community is less toxic, players stick around for longer because your community is a nice place to spend time. It means that theyʼll give you the benefit of the doubt when things are not going as well as youʼd like. They know you are listening and working to solve any issues that come up because of your previous interactions. Older members of your community will explain this to newer ones as they storm in guns blazing when something goes wrong. players appreciate that you take time to listen to them and respond to their ideas and concerns, it makes you stand out amongst other developers. Most devs are familiar with Community Managers by now, but often it feels like theyʼre siloed away and the development team are kept entirely separate. Again, turn your community manager into a Switchboard Operator and allow your players to connect with your team directly.