Our Art Director, Jason, sheds some light on the new Projection Shields coming to TerraTech.

As well as working on some quality of life improvements for the next TerraTech update, we wanted to do some more blocks. Since we’re not adding a new Mission to TT this milestone we have an opportunity to do more than just 4 or 5 extra blocks and there is enough code resource to add some blocks that have novel functionality as well.

We’ve added a lot of blocks recently that the TT community have asked about, suggested, or voted on, so this time around we thought it might be nice to get some staff suggestions for a change.

It turns out most of the staff suggestions were ridiculous though!

Luckily there were a few sensible suggestions from some of my colleagues.

One suggestion was a block that projects a healing beam, which we thought was quite interesting especially for Co-Op gameplay, but after discussing it in some detail, it started to seem a bit more complex in terms of how players would aim it & it’s area of effect so it would need a bit more work than we initially thought though we’re not ruling it out forever.

The other interesting idea was a new type of shield. Shields in TT have always been a bit divisive. For the players, they can be a lot of fun but ultimately battles end up becoming a test of who has the most batteries. We can’t really solve that without fundamentally changing how the game works but we can try tweaking shields a bit.

One of the things we have wanted to try for a long time and something that some of the modders have had a go at too are shields that don’t form a complete sphere and thereby offer a benefit in terms of their battery cost.

This is going to need some code work of course and some balancing from the designers but after discussing it there did not appear to be any awkward edge cases that might cause problems further down the line so the idea got green-lighted by the stakeholders and I started thinking about what we could try. 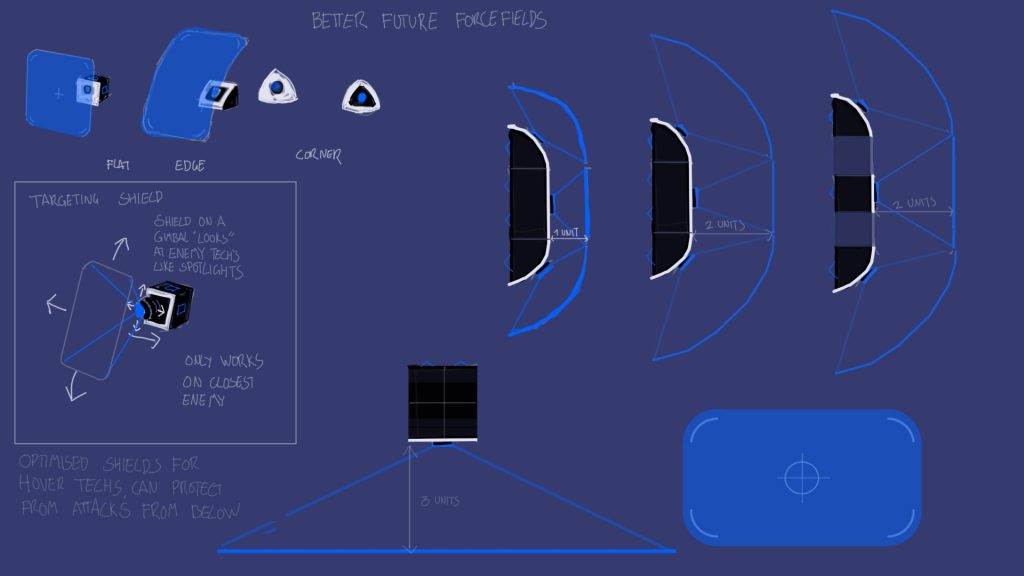 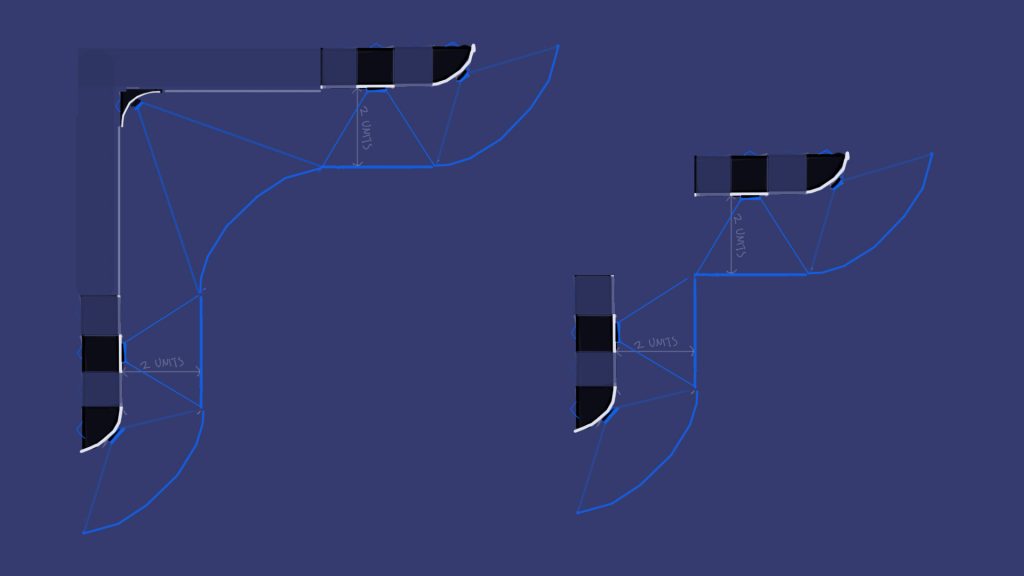 First off I came up with some ideas for Better Future shields, these are for a selection of blocks that can be built into a Tech that can potentially be linked together to create a continuous shield surface, that is not spherical for a change.

The idea is that with Better Future one may want to only shield the bottom half of say a hovering Tech so there would be less cover but the shields drain less battery power when they are hit.

I also really like the idea of an intelligent shield that will automatically position itself to shield the tech from an enemy by pointing at it. 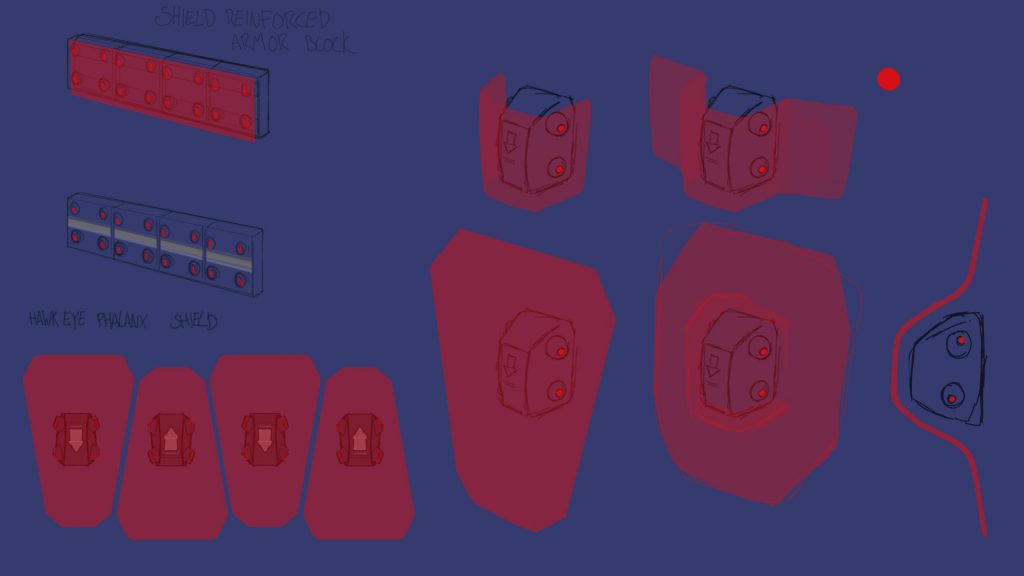 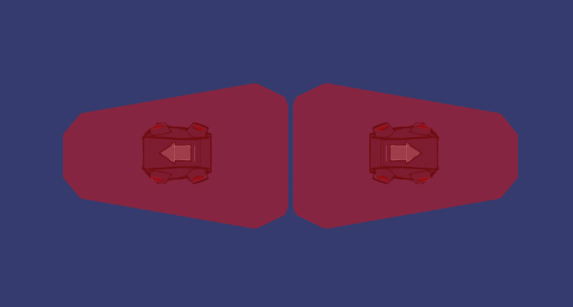 The second idea is to make some Hawkeye blocks. these would have a slightly different use, not to create an all-encompassing shield but they would serve to protect vulnerable areas, either in conjunction with armored blocks but also possibly to reinforce armored blocks.

Since Hawkeye is a more militaristic corporation I wanted the shields to look a bit more like an actual physical shield. I also like the idea that they can be positioned to look like a phalanx or a Classical Roman Testudo!
https://en.wikipedia.org/wiki/Testudo_formation 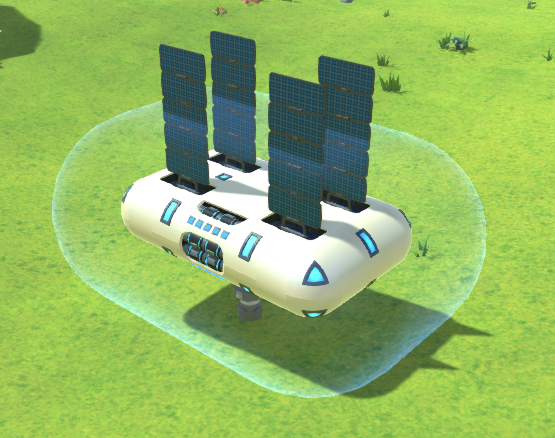 Mr. Swinburn has built some prototype assets, for the coders to experiment with.
One major concern that he had was that while the current shields work by calculating a very efficient and reliable spherical collision volume, these blocks will have to block enemy fire using collision volumes generated from mesh geometry so the volumes will have to be quite thick to ensure fast-moving projectiles cannot pass straight through it.

We shall have to wait now and see how the coding works pans out and the designers will do a pass to balance them but once we get the feature working we should be able to iterate on the basic functionality and produce a really interesting set of blocks for the update.